We have 348 guests and no members online 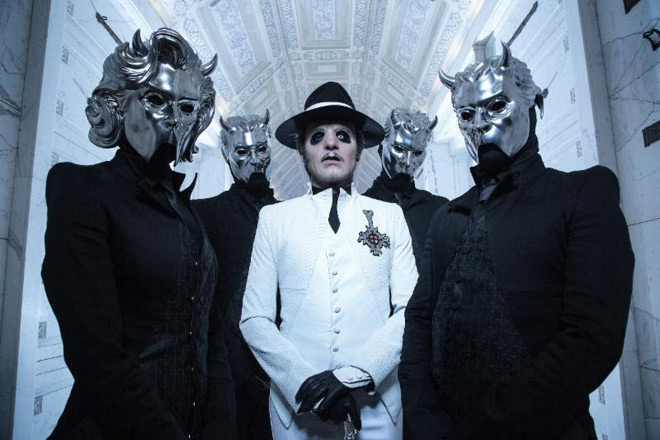 Is there anything more fun than witnessing a band make The Leap? You know the one. When you throw on their latest album and halfway through you realize that your are bearing witness to a group of people excelling at something at a level most will never achieve. That is where we are at with Ghost and their new album Prequelle, available today.

The Swedish satanic pop-metal band’s forth album features all of the hallmarks of their other three albums: Crunching guitars. Deep bass. Steady and thrashing drums. And the vocal stylings of their leader that should not match up right with this rhythm section at all. But Ghost wouldn’t be Ghost without him.

Only this time he’s not the same. For those who don’t know, the man behind the three Papa Emeritus (all three of them. well, four) stands revealed. After being sued by former band members last year, Tobias Forge has been outed as the brains behind the band. It may have been the best thing that could have happened to him.

Ghost is about to become one of those metal bands that can do anything they want. It happened with Metallica, it happened with Iron Maiden (they sure did learn a lot from touring with them), it happened with Slipknot with The Subliminal Verses, and with Prequelle, Ghost will now take The Leap and enjoy the success few Swedish satanic pop-metal bands have ever experienced.