CHUGGER’s new single for “Bleed (Reborn)” is finally out via Wormholedeath!

CHUGGER is a five-piece death machine hailing from Gothenburg, Sweden. Sonically they walk the razorwired border between groove metal and death metal, expertly navigating and picking between the two. Like a bastard child of Lamb of God and Machine Head, fused with a healthy dose of old-school At The Gates, this groove death metal monster proves that the golden days of Gothenburg metal is far from over. Visually the band dips their blood stained fists in buckets filled with Rammstein, Slipknot and the horror movies we all love to hate.
On stage CHUGGER is a well oiled machine that has delivered intense performances on top stages across multiple continents all over the world, even praised by the founding father of Wacken Open Air himself. If you have the opportunity to catch them live – buckle up, kid. You’re in for a treat!

“Every track really shows what Chugger is truly capable of after years of honing their craft to the point where it’s extremely deadly to the touch.”
“Chugger is part of a terrific group of contemporary bands that keeps Sweden at the very forefront of modern metal.”
“Fits along side the likes of Lamb of God, In Flames and Arch Enemy” “The Onager” is a track taken from CATABOLIC album ‘Besiege The Uncivil’, which is due for release on February 25th,… Swedish Heavy Metal veterans STALKER have signed with Wormholedeath Records a licensing deal for their self-titled album “Stalker”, due for release on February… Fresh with their latest music video (Storming War Anthems), Mephisto waste no time in delivering another visual and audio feast… 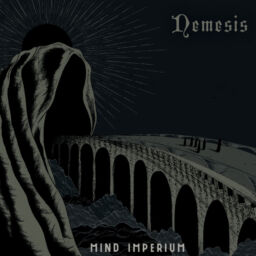 MIND IMPERIUM have signed a licensing deal with Wormholedeath for their album “Nemesis”, which will be released on March 25th,… “Epiphany” is a single taken from USQUAM’s EP “Reborn”, out via Wormholedeath / Aural Music Group worldwide.” Epiphany is about… Iranian Thrash Metal Warriors ARTAMENE have signed with Wormholedeath Records a licensing deal for their new album “Ziggurat” due for release on January the 21st,… 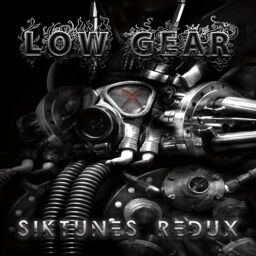 WormHoleDeath Records is proud to announce a new partnership with American heavy metal artist LOW GEAR.Low Gear will be releasing… “Defiler” is a track taken from Steelbourne’s album “A Tale As Old As Time”, due for release via Wormholedeath worldwide….